Identifying the Symptoms of Depression

Counselling for Depression – Is Counselling the best treatment for depression? How do I know if I am depressed?

Depression counselling is one of the most sought-after services from clients of all ages, though it can manifest in different ways for different people. Depression is an umbrella term that can refer to a variety of clinical diagnoses, though of course not all people who feel depressed may actually warrant a full diagnosis. It’s very common to have certain symptoms of depression without being categorically depressed. This of course matters very little to the person experiencing it, since what matters most is overcoming these negative feelings. Common symptoms reported by those feeling depressed may be: diminished interest or pleasure in activities, significant decrease in appetite, weight gain due to “comfort eating”, insomnia, over-sleeping, feeling physically slow or having heavy limbs, constant fatigue, feeling worthless or hopeless, difficulty concentrating and forgetfulness, and feeling suicidal.

Depression is not ageist

Large studies show that depression waxes and wanes over our lifespan. Most commonly in young adulthood tapering off in middle adulthood, followed by an increase again in late adulthood. children can also experience depression even at such a young age. Where someone older may openly state that they feel depressed, younger children sometimes “act out” behaviourally.

For example, a young boy may become defiant, or even cry easily while seeming especially stubborn. However, children can also withdraw socially when depressed as well, which shows the importance of carefully assessing the problem before making any assumptions of what may actually be happening.

Depression in teenagers can also fluctuate in appearance: some show signs of being withdrawn and some others act out. For those teenagers who show behavioural problems it is very important to carefully rule out other factors, such as parental problems, drug use, child abuse, sexual identity, etc. Some of the hardest cases we see at the Melbourne Counselling Centre are when a teenager acts out in dramatic fashion, thereby making the parents angry, which then creates an angry and stressful environment, which in turn exacerbates the problem. Family counselling is usually preferred in these situations, and while the process may be stressful, the result can be exceptionally healing.

The signs of depression can vary in adults however much less dramatic than other ages brackets. Hallmark signs are constant sadness, social withdrawal, unexplained sudden crying, and general fatigue. Some people are insightful about why they feel depressed, while others struggle to understand it. Depression may be a response to a trigger, though it is also considered a disease or an illness that may manifest on its own, for some seemingly biological reasons. Much more research is still required to completely understand how, when and why depression plays out in different ways.

Depression can manifest in different ways among men and women. However, as Clinical Psychologists we must always approach generalisations with caution, though certain patterns can occur.

About 1 in 5 women develop depression at some point in their lives, with the most common age bracket being 40-59. While hormonal changes can influence these symptoms, they are generally not the cause of the illness. Women are also at a greater risk as somewhere between 10-25% of women who have given birth fall victim to postpartum depression.

For men, just as for women, depression can manifest in different ways. The stereotype of a depressed man is one who angers easily, yells at his wife or girlfriend or children, withdraws at work, and drinks excessively. Of course, these symptoms do occur in many men, others will also acknowledge other signs including intense sadness, loss, fatigue, lack of interest in sex, and even have sudden crying spells. No matter how it is presented, it is all too common that men avoid seeking the right help, especially in Australia. To address this issue, the Melbourne Counselling Centre aims to overcome this stigma and any man who has the strength to ask for help from us will bountifully receive it.

Treatment for depression ranges from different styles of therapy to medication and even may include exercise, if not all of the above. We are not able to prescribe medication but we are happy to provide the appropriate referral advice regarding psychiatrists where required.

As clinical psychologists we engage in counselling first and foremost or what is more generally considered as psychotherapy. Cognitive Behavioural Therapy, or CBT, is considered the gold standard of treatment for depression. CBT involves the careful assessment of ones triggers, thoughts, feelings, and behaviors, and how they interact together to influence a particular mood. An assessment of one’s condition often reveals significant distortions in thinking, which through therapy, must be corrected. Once this occurs, an increase in mood usually follows as well as better behavioural patterns. I find that using a humanistic and interpersonal approach works best, as therapy is a very relational concept. Trust and warmth are key factors in building rapport, without which, therapy often goes away.

What does depression counselling treatment cost?

Depression counselling costs vary depending on the level of cover you are eligible for by either Medicare or Private Health Insurance.
read more 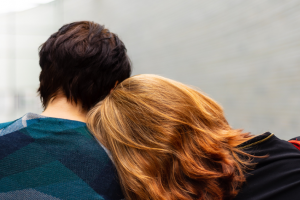 What to expect from depression counselling?

Melbourne Counselling assess each and every client based on their own symptoms and then prescribe the most suitable treatment plan.
read more 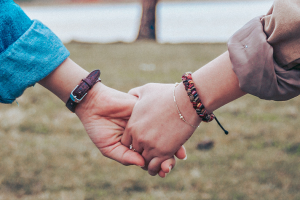 Speak to us about treatment options and depression counselling
read more